Here are seven things to know to get started as soon as you update your iPhone.

Apple Music costs $ 9.99 per month or $ 14.99 if you choose the family plan that allows up to six users. Like Spotify and Rdio, this includes offline service and unlimited streams from the Apple Music library. There is no free option for music on-demand. Apple is offering a three-month trial period to attract users from its competitors.

Meanwhile, Apple Radio (which includes the main station Beats 1) is free to anyone with an Apple ID and will include advertising. 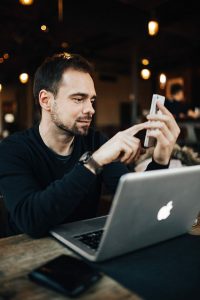 iTunes is not dead. You’ll still see that little purple icon from the iTunes Store on your iPhone whether you like it or not, and customers who prefer to buy their music by song won’t have to change a thing. Everything you own from iTunes will be integrated into your Apple Music library without you having to do anything, even that horrible album you bought in 2007 and no longer want.

It will still be available on iTunes and if you buy it separately, you can stream it, download it and use it wherever you want. The experience must be transparent and you will not realize, after the initial purchase, if the music you listen to is what you own or not. There will be over 30 million songs to start with, but whether any of those will be by the Beatles or Led Zeppelin (two bands not available on streaming so far) remains to be seen.

Good question. The details of the Connect tab in Apple Music are still few, but in essence it is a place where artists can share multimedia content, users can comment, and artists can reply. If it goes wrong, it will be a closed version of Tumblr that has crept into your music player. Acoustic versions of songs not yet released? Yes please. Lots of blurry selfies in dark places? No thanks.

To separate itself from the competitors, Apple Music has added various extras, such as the Discover tab where you can select genres and artists that you like and Apple Music will create a playlist and album recommendations. You can also ask Siri to “play hits from 1982” or “more songs like this.” But even if it works as well as Apple promises, this won’t be the thing that will make you ditch Spotify in the long run.

Get the latest news, know undiscovered artists, find the latest releases, and visit our online store. We are Highline Records, a place to explore and learn more about music than anyone else.